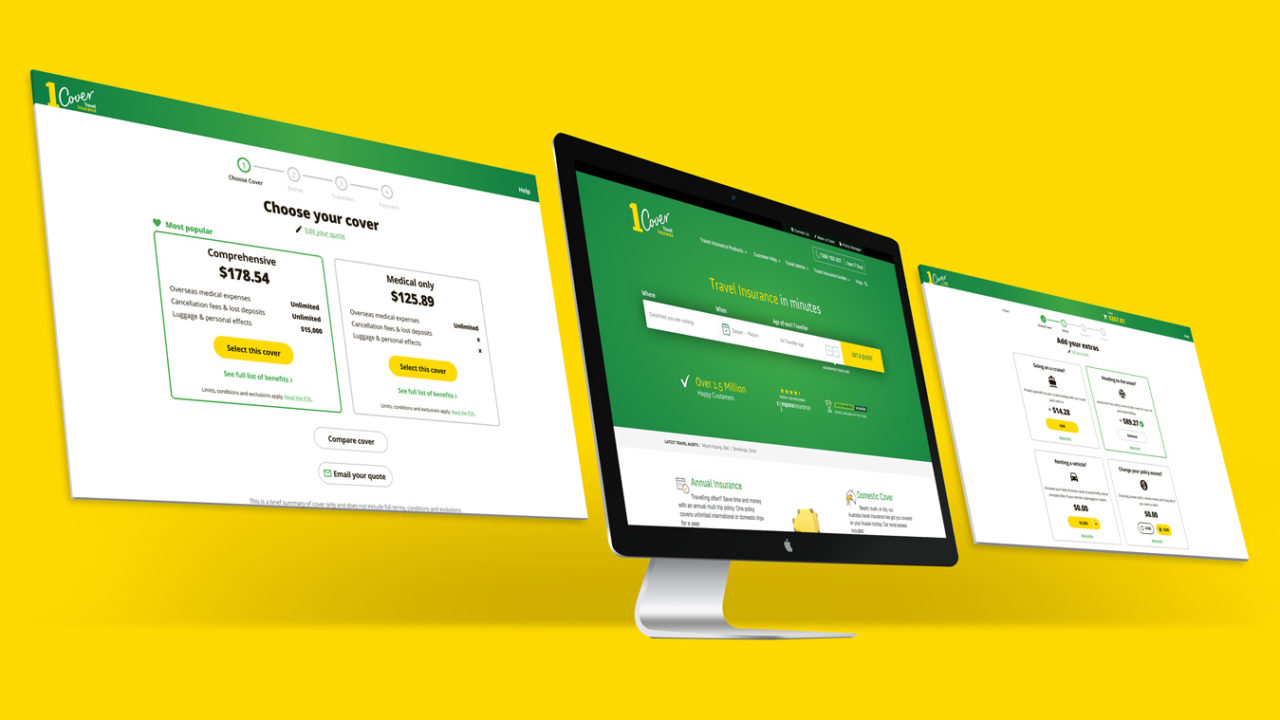 After a series of A/B tests on the 1Cover quote path, conversion rates had reached a local maximum. With small changes failing to move the needle, I advocated the approach of testing a radical redesign.

There was a strong consensus within the business that the current website and UI were outdated and needed a refresh. But there was also a high degree of risk in redesigning the quote path as it may negatively impact conversion rates. So a new version of the desktop quote path was designed and tested against the current version. This is an example of prioritising and testing a high value, high-risk hypothesis.

I facilitated the design of the new quote path, including designing the high-fidelity prototype in Figma. The specifics of the project remain confidential. Nevertheless, the process generally involved the following steps:

A/B testing of the new funnel was in progress in the weeks immediately prior to the first COVID-19 lockdown. Although statistical significance for key metrics had not been reached, analyses revealed this was unlikely to be achieved even if the test ran for several more months.

The results satisfied the business that implementing a new funnel design was not a major risk. But owing to the impacts of the pandemic, the rollout of the funnel and further work on a broader UI refresh was paused indefinitely.